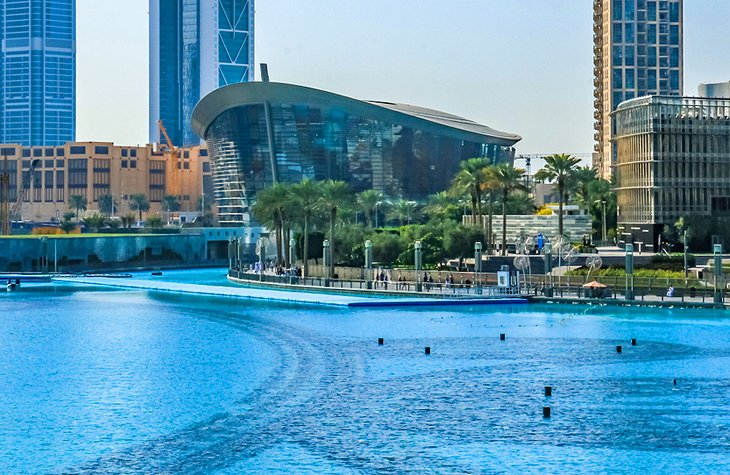 The 2,000-seat theater building itself is an astonishing piece of architectural mastery and one of Dubai’s new landmarks, with its highly-contemporary glass and steel walls jutting out over the waterfront, built to resemble the curves of a traditional dhow.