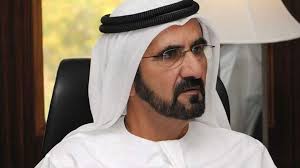 The letter, directed to residents and visitors of Dubai, included 12 principles based on the Rulers observations and consultations.

Dubai Council’s aim will be to ensure Dubai becomes one of the best cities in the world in terms of global competitiveness, economic leadership and attractiveness. It will be up to the Dubai Council to map out a vision for the emirate’s next 50 years to ensure ‘the best quality of life for citizens, residents and visitors of Dubai.’

The Dubai Council will also ‘oversee the launch of major projects in the emirate, work on introducing new development sectors and foresee future global opportunities.’ Meetings will be conducted once a month and the agenda will include the launch of a “major project” in the Emirate.

In the letter, Sheikh Mohammed spoke of six growth pillars which will be overlooked by six officials in Dubai. They include the Dubai economy, citizen services, government development, infrastructure, security and justice, and health and knowledge.

The six officials will be in charge of monitoring the progress as well as following up on objectives of the government entities and departments in these sectors. Advisory boards will be set up for each pillar presenting ideas and suggestions but also reporting observations to the council.

The Ruler of Dubai also stated that agreements for every department will be reviewed every two years, and he added that ‘those who fail to bring about real change within two years shall be relieved of their duties.’

Concluding his letter, HH Sheikh Mohammed stated that ‘the ultimate goal of the new system in Dubai is to create new transformations, overcome emerging challenges, rejuvenate ideas and ensure a better future for our current and next generations for whom we strive to leave the world’s most liveable city.’