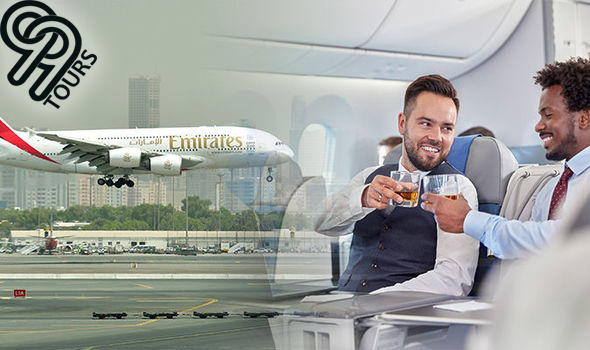 DUBAI tourists have been warned against drinking alcohol on flights when travelling to the country following the arrest of a British mother who drank one glass of wine on an Emirates flight.

Dubai flights often serve alcoholic drinks onboard as it is not illegal to drink in the air. It is, however, illegal to be drunk in public in Dubai.

The British Embassy in the United Arab Emirates (UAE) issued the warning to Britons travelling to the country.

They posted on the official Facebook page: “If caught carrying or drinking alcohol without a licence or with alcohol in your blood you can be arrested.”

The warning follows the arrest of Ellie Holman, who was detained when landing and was found with alcohol in her blood.